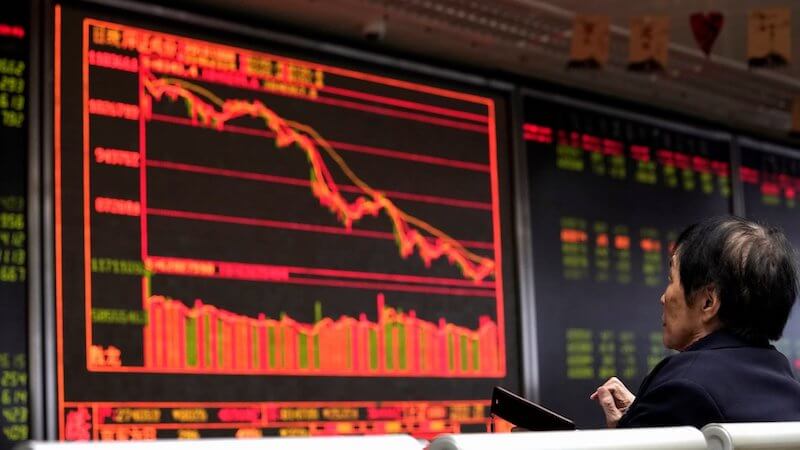 EUR/USD: Neutral. Although the pair tested 26-month lows at 1.1027 this past week, the price action might signal a bullish reversal or a consolidation range at least. The daily chart below has signs of a possible false breakout of the horizontal support level at 1.1129. Besides, the long downside shadow on the daily candlestick charted on August 1 could form a reversal pattern as three consecutive candles are green since the test of the bottom. That’s why it’s reasonable to stay out of the market for a while, watching the price action in the scope of how far the bulls would go in the recovery action. If a day closed above two crucial resistances (EMA34 and the descending trendline) coming at around 1.1200 round-figure psychological mark, then traders could expect further strength of EUR/USD in the medium-term perspective. If that confirmed, the buy-dips trading strategy would be attractive. On the other hand, if the bulls failed to lift the pair above 1.1200, the bears would come back to control the market with heavy-volume selling pressure. In that case, short positions would be lucrative with a possible re-test of the local bottom at around 1.1000/1027. Another important threshold to monitor closely is the 50% level in the RSI window. If the oscillator was able to cross the resistance, then it would be easy to expect further bullish trade. Otherwise, aggressive short positions should take place.

GBP/USD: Bearish. Things got worse for the British Pound, even at a faster pace than some of the pessimists could have expected. GBP/USD dropped 300 pips this past week, breaching several technical support levels. The downtrend accelerated after the pair crossed the median line (dashed blue on the daily chart below), which acted as support since February 2019. As a result, the Sterling bulls were forced to shift postponed buy orders below 1.2100 (1.2080 weekly lowest rate). The downside price action was also limited by the support trendline (green), which worked well since August 2018. The overall technical outlook suggests that consolidation is possible with the price range between those two lines. Awesome Oscillator is extremely oversold, having the lowest value since the bottom charted in May 2018, and it needs to reload before continuing the selling pressure. If GBP/USD corrected to 1.2280/2300, fresh short positions could be considered as there are no signs of a possible bullish reversal yet. On the other side of the equation, the round-figure support of 1.2000 looks solid in terms of the defensive barrier for real-money capital flows.

USD/CHF: Bearish. The Swiss Franc gained strength after the U.S. dollar failed to proceed with the bullish run. USD/CHF reversed the upside price swing at the same level we pointed out last week - 0.9948 - as there was no daily close above it since the bearish breakout noticed on June 19. What’s more, the long upper shadow on the daily candlestick on August 1 gave a perfect entry point for fresh short positions, and the pair dropped 140 pips since then, charting three consecutive red candles on the daily timeframe. Williams %R oscillator confirmed enormous volatility as the indicator\'s value dropped from extremely overbought levels to oversold territory in a blink of an eye. The market players are intended to re-test the descending median line (green dashed on the chart below), which should act as the magnetic level for average daily prices in the medium-term perspective. Those traders who still hold short should consider taking partial profits at the following pivot points: 0.9694 (lowest rate on June 25), 0.9626 (volume-weighted average bottom), and 0.9542 (recent bottom since September 2018).

USD/JPY: Bearish. The uncertainty period is over for the USD/JPY currency pair. The Ichimoku Cloud trend indicator confirmed that the recent upside swing was nothing but a failed bullish correction as the rate was unable to get out of the lagging span. As a result, a sharp sell-off fueled an impressive bearish rally of more than 300 pips in three days. The Ichimoku\'s leading span had increased the negative surplus and shifted the resistance to 107.54. That level, as well as Conversion Line descending curve) might be considered as an attractive price to enter the market with fresh shorts in case of bullish recovery. However, given the speed of the sell-off, it would not be easy to bounce that high for USD/JPY. Therefore, the bottom of 104.82 could be achieved even faster. The sell-highs trading strategy is preferrable.

AUD/USD: Bearish. The Aussie keeps weakening versus the greenback for 12 days in a row. Parabolic SAR indicator turned bearish on July 25 as its dots jumped above the daily rate. ADX and DI indicator signalled the bearish reversal two trading days before that as the surplus turned negative. What’s more, the ADX mainline edged higher and crossed the threshold, confirming the strong momentum, which could lead to a bearish acceleration rather than a bullish reversal. A breakthrough trading strategy might be lucrative as if the AUD/USD currency pair had rewritten the local bottom of 0.6725, the bulls could lose the ground and retreat towards multi-year lows at around 0.6300/6400, the range never seen since 2009. On the other hand, all of the daily and weekly oscillators are extremely oversold, and the bears need to reload them before gathering momentum and pushing the pair south. Therefore, a sideways consolidation could take place.

GOLD: Bullish. The price of gold accelerated the uptrend this past week. Below is a squeezed weekly chart, showing the period since October 2011. The yellow metal is still in the uptrend started in January 2016, and the price has more room to go north. A possible target for the gold bulls is coming around $1550 per ounce, which is 1000 more pips to grow for the rest of the year, if not faster. What’s more, the recent breakthrough started from the median line, which acted as a base for the spring pattern. An intermediate pit-stop could halt the bulls at around $1488 and $1500 in extension. The reason is that the summer vacation season might force traders to start taking profits before the beginning of the busy autumn period. On the other hand, the recent bearish retracement is over, and some of the speculators were kicked out of the market after the test of $1400 support on Thursday, August 1. It’s recommended to keep long positions for gold in the portfolio in the medium-term perspective, using a buy-and-hold trading strategy.