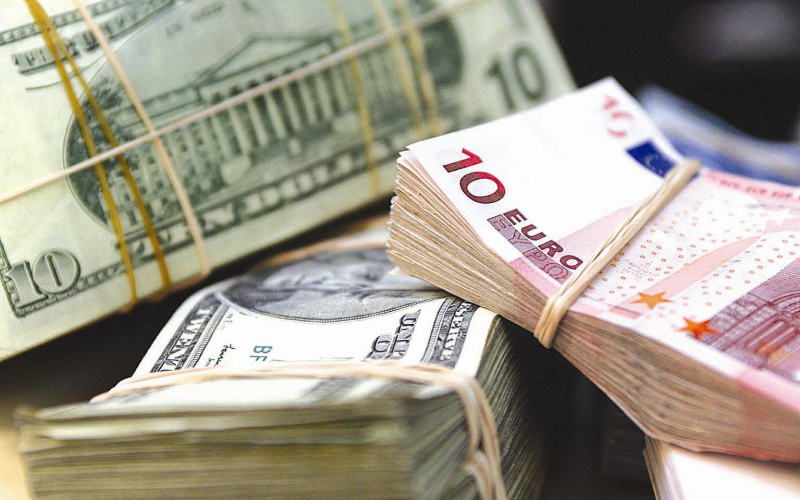 The currency pair continues to form a downward movement, within which the price has already consolidated below the psychological level of 1.0714 for itself. The dominance of the downtrend is very clearly visible on the oscillator, which has been trading in the negative zone for a very long time and does not even show attempts to enter the area above 60. The histogram does not give any signals for trading. In this regard, one can rely only on the fact that the main dominant dynamics here and now is downward. Therefore, only options for trading down should be considered.

The New Zealand dollar against the US dollar is still developing in the stage of correction of the upward movement. Last week, the previously indicated correction line again confirmed its strength, and it is very important that this line practically coincided with the moving average line. At the place where the lines coincide, the price stopped its downward movement and demonstrates reversal attempts. This coincided with a section of the market where the histogram repeated its real minimum values, so there is every reason to consider trading options for a rise.

Against the Russian ruble, the euro moves to the growth stage and returns above the moving average and above the rising trend line. The indicators here and now do not give specific signals for trading, since the market is still moving away from the fundamental news, which did not allow to properly work out the “triangle”, which we talked about in previous reviews. Now we are only confirming the fact of the strength of the upward dynamics, which means we are considering options for trading upward, since the price is close to the trend line and there is potential for growth.

The current stage of development of the Australian dollar against the Swiss franc is characterized by a correction of the downtrend. The market managed to gain a foothold below the 0.6501 level and below the moving averages, but now an upward correction is taking place, which is clearly traced along the ascending trend line. The current position of the price is such that the market will tend to move averages, which means that you can trade upward. If the uptrend line is broken downwards, then in this case it will be possible to open a downward contract.

The British pound against the Canadian dollar makes another attempt to consolidate above the level of 1.7177. All indicators are in positive territory and confirm possible growth. It is very important that the level of moving averages has already finally formed an upward slope, which confirms the strength of the current dynamics. Therefore, we are considering options for trading up.

This currency pair makes the second attempt in a week to consolidate above the moving average level and above the trend line. The upward dynamics is confirmed by all indicators that are in a clearly positive area and continue to show growth. In this regard, one can expect that if the market consolidates above the trend line, and there are all the prerequisites for this, then it will be possible to trade upward. If there is a downward movement, which will release the price below the level of 0.6030, then we should trade for a fall.

The dollar against the Chinese yuan managed to gain a foothold above the important level of 6.6791. As part of this upward movement, the histogram rose to its local maximum values, repeating the previous maximum, which happened several months earlier. The price is again close to the designated level and everything depends on how this level will be worked out by the market again. In which direction from the indicated level the price starts to move, in that direction it will be possible to trade.