What is Descending triangle pattern 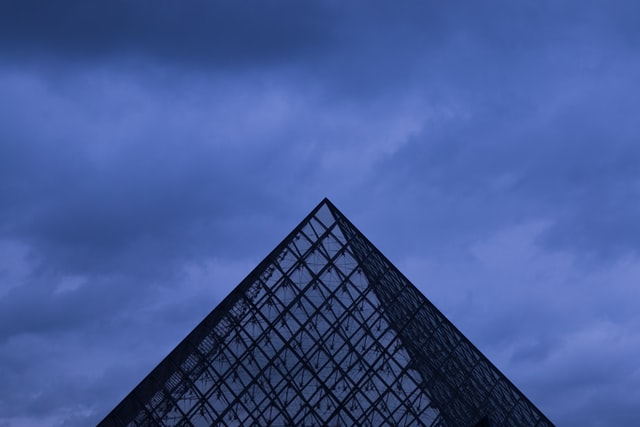 There are numerous types of chart patterns in technical analysis. They all get their names according to the shapes that the price graph form between the support and resistance line. The typical kinds of patterns are triangles, wedges, channels, and head-and-shoulders. A triangle forms when two trendlines converge. That is, the tops and bottoms of the price action converge like the sides of a triangle. Different kinds of triangles can be seen on a price chart, namely ascending and descending triangles, symmetrical triangles, etc. This

article focuses on the descending triangle.

A descending triangle is a bearish chart pattern that features two converging trendlines. The bottom trendline (support) is horizontal, and the top trendline slopes downward. The pattern illustrates lows occurring at a constant price level, while highs always move lower. The pattern shows two highs touching the upper trendline and two lows touching the lower support trendline. A descending triangle usually occurs as a continuation of a bearish trend.

A pattern is said to have “broken out” once it has crossed either the support or resistance line. If the descending triangle broke in the same direction as the preceding trend, it is called a continuation pattern. However, if the breakout is in the opposite direction, it is called a reversal pattern. When the upper and lower level of a triangle interact, traders expect an eventual breakout from the triangle. As such, most breakout traders use triangle formations for identifying breakout entry points.

In a bearish market, the descending triangle will show a bearish potential that is equal or near-equal to the size of the triangle. This action is the primary reason why most traders use the descending triangle to open short positions after the price has broken downward. For a valid breakout, there should be a corresponding increase in volume, especially on upside breakouts.
After a breakout move (up or down), the apex of the triangle becomes the support or resistance. The price may return to test the top or a support/resistance level before continuing in the direction of the breakout. When the price breaks below the support line (usually somewhere between halfway and three-quatre length of the pattern), it is an indication to buy.

When we see a descending triangle forming, we know with a high degree of certainty that the market is building up energy for the next move or breakout, the market has entered a trading range and is narrowing. Learning to recognize and trade these patterns in real-time allows you to prepare to enter a trade well in advance.

It is critical to note that sometimes, a descending triangle can break through the inclined level, and when this happens, it causes a false signal and traps some traders along the way. A wise and best move here is waiting or the close of the candle to confirm the breakout. This move will help limit many of the false signals.

In a descending triangle, there are a few characteristics to pay close attention to such as

The target price also provides useful information about the potential move of a descending triangle pattern. You should consider if the target price is sufficient to provide an adequate return after your costs have been taken into consideration. A pattern is useful if it indicates a potential return of greater than 5%.

In descending triangle forex trading, the horizontal trend lines act as support, and the downtrend lines act as a resistance. When a successful breakout occurs on this pattern, then the entry can be taken. The target will be at least 1:2 stop loss, set above of near swing low.

Descending triangles are easy to spot and provide excellent risk-reward opportunities. Traders can quickly identify that a big move is in proximity, as well as the profit objective and the amount to be put at risk. In trading a descending triangle, traders look to launch a short position as a result of a surging volume breakdown from lower trend line support. Usually, the price target for the chart pattern is equivalent to the difference between the entry price and the vertical height between the two trend lines at the time the breakdown took place. The upper trend line resistance comes in handy as it performs the function of a stop-loss level to help reduce risks. Chart patterns, when used appropriately, can give your trading an edge, and this is the advantage you need to make money and becoming a more confident trader.