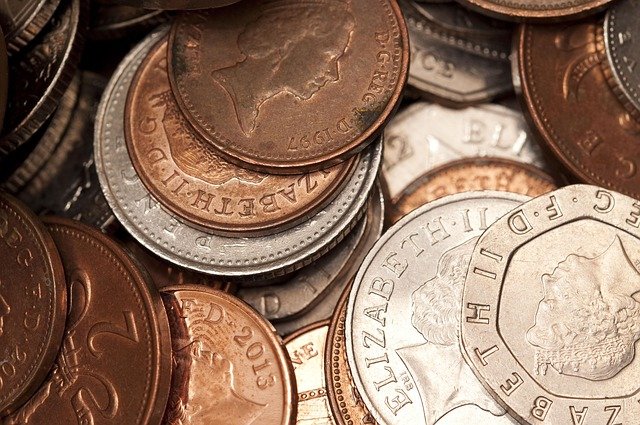 Although the past week was negative for British equity bulls, and the FTSE 100 benchmark declined by 1.17%, the overall technical sentiment is bullish and here is why. The squeezed long-term weekly chart shows the performance since April 2014. Since April 2015, the index was gradually declining on the back of Brexit talks, and it bottomed out in February 2016, four months before the historic referendum. Such a reaction of British equity investors underlines that the Brexit idea itself is not so negative for their sentiment. The real trouble came with the uncertainty related to the mechanism of the divorce with the European Union.

The recent development brought FTSE 100 to the decisive point. If the Parliament supported Boris Johnson’s deal, the index could soar more than 10%. Such a rally was already noticed in May 2018 when the index topped on the back of risk-on trading mode. The technical outlook is in favour of such a scenario. Ichimoku Cloud trend indicator performed the bullish crossover of the leading span several weeks ago, and already charted possible resistance range at 7290/7380 points.

The recent downswing was supported by the bottom of the cloud, and it could be used by the bulls as a starting point of the rally. The blue dashed line is a magnetic median attracting long-term average rates. It connects two lows in February 2016 and March 2018, and it used to limit highs during the bullish rally in April and July this year.

An alternative scenario suggests a bearish slide toward the support range of 7000/40 points where the bulls will fight to maintain the sequence of higher lows. If they failed to hold it, the bears will take the market under control with a possible plunge of the index toward the bottom at around 6650 points registered in December 2018. However, the second option seems to be less likely, given the recent development and generally bullish momentum.

The U.S. dollar index dropped 2.5% after failing to develop the uptrend near the value of 100. Sellers stepped in across the board as the Federal Reserve is widely expected to cut interest rates at least one more time this year. Some of the doves were talking about even two rate cuts till Christmas as the U.S. economy requires an additional stimulus to continue the expansion.

DXY fell four straight days last week, and the greenback’s weakness was smooth concerning all of the major currencies except the Japanese yen. Several technical levels were breached this past week. First, the support trendline (dashed blue on the daily chart below) could not hold the bears in the same way it used to do since the uptrend acceleration started on July 25. Second, all of the simple moving average with periods less and including SMA144 were eliminated as defensive barriers as well. Although Stochastic RSI reached extremely oversold levels, the Average Directional Index underlined growing bearish momentum and negative surplus.

Therefore, we expect the greenback to keep weakening versus the volume-weighted basket of six major currencies with potential short-lived bullish rebounds intraday. Stochastic RSI should be monitored for upside whipsaws as the resistance and overbought level should be shifted toward the middle of the range. In such strong trends, volatility traditionally rises, thus traders should have lots of lucrative opportunities to join the party in the week ahead. Pivot levels to watch 97.71 (SMA144), 97.86 (the bottom on September 13) and 98.18.

Despite the overall weakness of the greenback, the New Zealand dollar had a tough week as the bears arranged a counter-attack on Wednesday, pushing the exchange rate versus the greenback to 0.6240 (weekly low). However, the bulls withstood the selling pressure and reversed the price action north. As a result, NZD/USD bounced back up and continued recovering from the recent downtrend. The pair closed the week at 0.6385, the highest level since mid-September.

Technically speaking, NZD/USD managed not only to bounce from the bottom of the Bollinger Bands but also close a day above both top lines of the Double-Bolli formation for the first time since the downtrend acceleration on July 23. What’s more, the pair charted a bullish breakout signal, pointing to a continuation rather than rebound. The previous breakout on July was entirely different as it was not confirmed by the 13-days Relative Strength Index, which had a bearish divergence near the overbought territory. In this case, RSI is rather far from the overbought condition, promising further bullish development for the pair.

The British Pound continued gaining strength versus major currencies including the Japanese yen. The two-weeks gain exceeded 4.5%, which is the strongest performance of the pair since November 2016 when Sterling bottomed out after the Brexit crash. Although Ichimoku Cloud trend indicator is still bearish, and the current rate had only reached the bottom of the resistance range, the bullish reversal of the long-term downtrend could be completed as early as this upcoming week. MACD histogram confirms that suggestion as it jumped to the highest level in three years, while both lines are headed to cross the zero level dividing growth from contraction. If the bulls were able to maintain the recent momentum, GBP/JPY could surge another 800 pips, re-testing the top of the market seen in March this year. Otherwise, the bears could push the pair back to local support range of 134.90/136.50.

The black gold is stuck between two technical factors. On the one hand, the ascending blue channel’s support failed to hold the bears on September 30 (red arrow on the daily chart below), and the price is keen on hovering around the descending magnetic line. What’s more, recent daily prices are placed below all of the three exponential moving averages with periods 21-, 34- and 55- days, respectively. The past week’s bullish whipsaw was targeting one of them but the bulls failed to hold gains. On the other, the series of higher lows allowed technicals to draw another ascending support, which is nothing but a parallel clone of previous two trendlines. We expect the price of oil to keep squeezing the choppy range with a possible breakout on both sides of the equation. Fundamental triggers will determine the further direction of the trend.

The Canadian dollar followed the overall trend of major currencies strengthening versus the greenback but underperformed the rest of the pairs. The lack of significant inflationary growth eased traders’ expectations for a rate hike by the Bank of Canada this month, and the USD/CAD currency pair was mainly following the risk-on trading mode rather than reflecting the Loonie’s power. In addition, the price of oil failed to support the Loonie. Technicals point to further downside pressure with possible bullish whipsaws and retracements. Parabolic SAR is bearish since the dots jumped above the price on October 10. Commodity Channel Index is extremely oversold and needs to reload, while the Standard Deviation indicator points to the low volatility and thus weak bearish momentum. All of those factors make technical analysists doubt that USD/CAD could re-test the local bottom of 1.3028 this upcoming week. Most likely, the pair will keep sliding slowly, testing a support range of 1.3078/54 but bouncing back unless something crucial happened on the fundamental side of things.