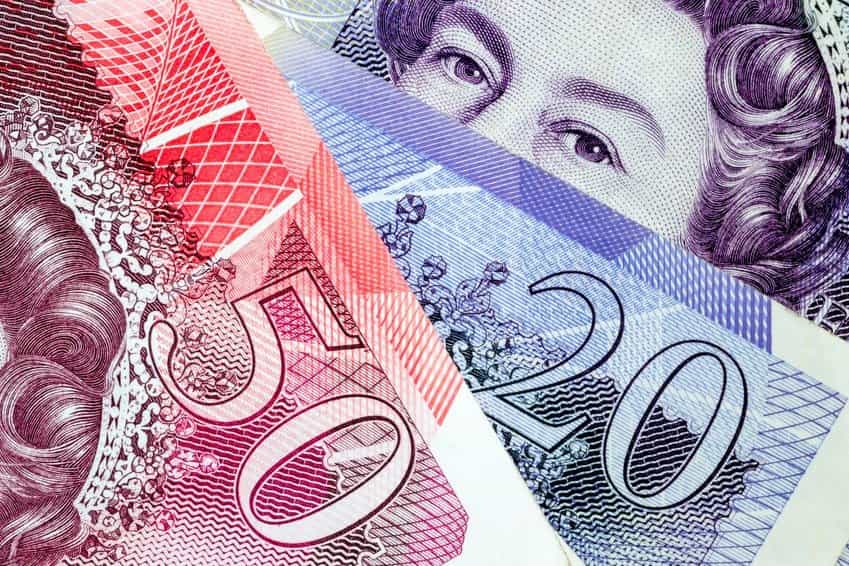 The index had almost reached an all-time high value this past week, printing Friday’s close rate above the psychological mark of 3000 points for the third time this year. Although the pace of growth slowed down compared to two previous weeks (+0.84%), the uptrend looks robust and demand for equities is stable across the board. Besides the help from fundamental events, such as inflation and retail sales reports, the S&P 500 maintained positive technical sentiment on the daily chart (see below).

The index kept the bullish performance far above the 55-days simple moving average breached on September 5. MACD trend indicator is bullish with histogram and both lines rising above in the positive territory. Fast 13-days Relative Strength Index hasn’t gone above the overbought threshold, pointing to strong bullish momentum. Last two days of the previous week showed some indecisiveness by the market players but that might be explained by investors’ expectations of a crucial fundamental event in the upcoming week - FOMC meeting on September 18. The dashed ascending median line divides the recent uptrend started on August 6 into two parts, and as long as the benchmark keeps closing daily price above it, the bulls are going to dominate in the market.

Those traders who still do not have long positions on S&P 500 in their portfolios should wait for a bearish bounce towards the nearest support coming at SMA55. Another attractive level to jump in would be the local bottom at 2956 points charted on September 10th. Such a scenario is possible as most of the equity investors might have a wait-and-see position till next Wednesday to clarify forecasts about FOMC monetary policy for the rest of the year. If regulators promised more rate cuts, U.S. stock indices would rally, rewriting all-time high seen in July.

The U.S. dollar index failed to hold mid-week gains above 99.00 points, reversed the action and slid -0.16% as a result. The most impressive price action was noticed on Thursday as ECB had a direct impact on the EUR/USD currency pair, which takes around 60% of the volume-weighted basket of six major currencies versus the U.S. dollar. DXY surged initially but sellers took the market under control and the greenback was sold off till the end of the week.

If the dollar index breached the sequence of higher lows in the week ahead, then a deeper bearish retracement would be likely, if not a complete long-term reversal. On the other hand, the bulls might step in the market in the same way they did it before when the DXY was testing the support of the ascending channel. Therefore, short positions have to be tight in terms of take-profit and stop-loss orders.

The British Pound overperformed the currency market this past week, appreciating 1.75% versus the U.S. dollar, 2.85% versus the Japanese yen and 1.26% versus Euro. The most significant part of that strength was supported by the sharp growth of GBP/USD, which managed to close the week above 1.2500 psychological resistance for the first time in two months. Friday’s price action was the most impressive daily performance as GBP/USD soared 1.39% or 170 pips in one single day.

Some technical signs point to a possible long-term bullish reversal, while others indicate that it would be too early to make such optimistic conclusions. Weekly bullish achievements are still moderate compared to the daily chart below, which shows that the Sterling breached all three exponential moving averages (21-, 55- and 89-days EMAs). Parabolic SAR is bullish since September 5, and Friday’s rally was nothing but the consequence of breaking through EMA55 resistance a couple of days earlier. The only concern for the bull is that ADX mainline is still below the threshold, pointing to a weak momentum. That might be explained as low trading volume before crucial fundamental events, as well as short-squeezing flows by speculative accounts. Traders could just take profits from previous short positions, causing an additional demand for GBP/USD.

However, such strong price action could not be eliminated without a consequence. The British Pound could reverse the long-term downtrend after breaching crucial resistance above 1.2700. Before that happens, the pair might have a false bearish whipsaw to former resistance now support at around 1.2400 round-figure handle. Nonetheless, the general technical sentiment has definitely changed on the daily timeframe and the upcoming week is supposed to show whether that bullish rally was fake or not.

Japanese yen kept weakening versus the U.S. dollar, Euro and Pound for the third week in a row. USD/JPY managed to cross a crucial psychological mark of 108.00 yen per dollar, adding 1.10% to the exchange rate. Although Friday’s action was not so bullish and the daily candlestick looks like a doji-star, which might point to a reversal, the overall technical sentiment suggests further uptrend continuation.

Ichimoku Cloud technical indicator points to a mixed bias as Base Line and Conversion line crossed each other, indicating a deeper bullish retracement, and the rate went off the span for the first time since the plunge in early May this year. However, the leading cloud is still bearish, underlining that the recent upside swing is only a correction so far.

The upcoming week should place all things at right places in terms of further trend’s direction. If the bulls were able to push forward and lift the rate above 108.50 and 109.70 resistances, then the general downtrend will be officially over. Otherwise, traders could see a set of sharp price swings and long whipsaws on daily candlesticks with the selling pressure to resume afterwards. The only thing to guarantee for the week ahead is the higher-than-average volatility as the pair is approaching crucial technical levels.

USD/CAD gained a sudden strength after breaching the support trendline in the previous week. As a result, the bears could not hold below the 1.3150 threshold and gave up almost all achievements as the pair surged toward 1.3300 resistance again. The weekly change was set at the level of +0.87%, while the lowest weekly rate was seen at 1.3134. Friday’s trade closed at 1.3286, one pip below the daily high rate, which should point to further demand for USD/CAD in the week ahead.

Bollinger Band’s bearish breakthrough signal charted in the past week was not confirmed as Stochastic RSI performed a bullish crossover of its lines below the oversold threshold and even went off bearish territory. The latest daily close rate was printed above the BB median line, which also indicates a bullish continuation in the nearest future. However, Awesome Oscillator remained negative as its histogram is still red and below zero. Therefore, the general technical sentiment is more mixed rather than bullish. That’s why it’s recommended to stay out of the pair until more clear signals will show what was the false action among recent two swings.