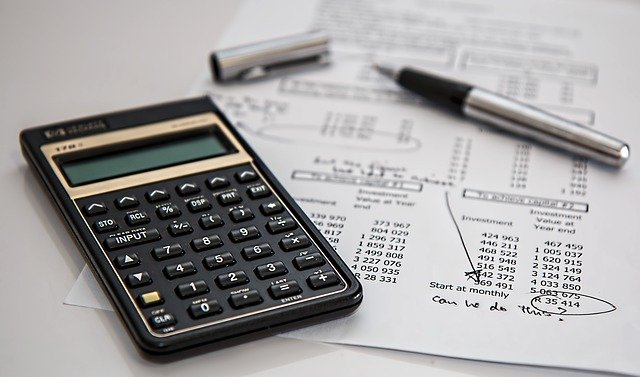 NASDAQ: Consolidation with a bearish bias.

The tech-heavy index extended losses, charting second consecutive bearish candlestick on the weekly timeframe. The decline was moderate as the index lost only -1.49% of its value, falling to 7693.8 points. Although the market noticed low demand from equity investors, the technical sentiment signals that a potential bottom is rather close to current quotes. The selling pressure could continue in the week ahead, however, the bears should not count on significant achievements and here is why.

The weekly chart below points to the long-term bullish sentiment as the Ichimoku Cloud trend indicator kept a positive surplus of its leading span while both lines stayed in the right order to proceed with the uptrend. There was a predictable test of the Conversion Line support (blue curve), which limited further bearish action this past week. Average Directional Index with 13-weeks period reflects the weak momentum as its mainline dropped far below the threshold. The surplus between -DI and +DI lines remained negative, pointing to a possible continuation of the downwards rebound. Bollinger Bands %B indicator fell to the middle line, which confirms lower volatility compared to previous periods.

The combination of those technical factors could indicate a potential consolidation with a bearish bias in the week ahead. However, even if the bears were able to break through the Conversion Line support at 7606.6 points, the decline could be limited by Ichimoku Base Line at 7484.4. Holding short positions is reasonable, but traders should keep take-profit orders tight and keep in mind a possible bullish reversal in accordance with the long-term uptrend.

The U.S. dollar index kept the bullish sentiment this past week, even though the greenback’s strength was not spread to all of the major currency pairs smoothly. DXY closed the week at the highest level since May 2017, adding 0.67% to its value. A perfect by-the-trend buy-signal was noticed last Tuesday after the index bounced to 21-days exponential moving average but failed to breach it. Confirmation came from MACD trend indicator as its lines performed a bullish crossover on the next day. Fast 13-days Relative Strength Index reversed after testing the level of 50, which was a bullish sign as well.

So far, the technical outlook remains in favour of the bullish continuation in the long run. MACD histogram has just started rising in the positive territory, RSI oscillator has enough room to go north before the overbought level is reached. Bearish retracements and bounces are possible in the same way it happened last week. Such whipsaws should be considered as buying opportunities. EMA13 and EMA21 support curves might limit bearish attempts to regain the initiative, while shorter time frames could be monitored for reversal signals.

A bearish retracement started on September 19 and lasted four days in a row. After USD/JPY found a strong demand around the 30-days Bollinger Bands’ middle line, the bulls took the market under control. The support level of the Bollinger Bands indicator coincided with the psychological round-figure mark of 107.00 yens per dollar, which triggered postponed buy-stop orders. Stochastic RSI confirmed the bullish reversal after its lines bounced off the oversold level and crossed each other. The Double-Bolli chart setup suggests a bullish continuation as the rate breached above the upper band of the indicator with standard deviation 1.

If daily close prices remained above the yellow band and Stochastic RSI kept rising, the buying pressure would remain in the week ahead. It would be also important to keep an eye on the momentum during possible bearish whipsaws towards the support range of 107.50/60. The previous attempt to bounce back was comprehended as a buying opportunity by the bulls on September 26, and USD/JPY reflected the spike of the demand as a result. Therefore, the buy-dips trading strategy is reasonable in the short-term perspective. Possible targets for long positions are placed at 108.45 (recent peak) and 108.76 (Bollinger Bands' top).

The British Pound is under threat to renew the recent long-term downtrend not only versus the U.S. dollar but also versus other major currencies. The Sterling bulls had an attempt to lift the GBP/USD rate back into the consolidation range between 1.2430 and 1.2525 but failed to breach the 1.2500 round-figure resistance level on Tuesday, September 24th. As a result, the selling pressure renewed and the exchange rate dropped more than 200 pips in three days.

The downtrend is likely to continue weighing on GBP/USD amid several technical indicators pointing to the negative sentiment. Awesome Oscillator changed the colour to red and bars declined, heading towards zero. 21-days Commodity Channel Index bounced the overbought zone, crossed the middle line and headed towards the oversold territory. What’s more, the True Strength Indicator with periods 21- and 13-days printed a strong sell-signal as its lines performed the bearish crossover. Only 260 pips left for the bears to re-test three-years lows at around 1.2000 dollars per pound, and the market seems to eye that level as a magnetic target for the week ahead.

The most lucrative currency pair in the FX market was the GBP/NZD cross rate this past week. After testing the upper band of the ascending formation (blue line on the weekly chart below), the pair dropped more than 2% (400 pips in four-digit quotes) in five-days bearish rally. Considering the fundamental environment, which shifted to the side of the Kiwi after the Reserve Bank of New Zealand’s meeting this past week and uncertainty related to the Brexit mess, GBP/NZD might impress even the most aggressive traders in the week ahead.

From a long-term technical point of view, GBP/NZD has a lot more room to go south. The rate already breached the medial dashed line. Williams %R oscillator with a long-term period of 34 weeks indicated a strong sell-signal after coming off the oversold territory. The nearest support is coming together with 89-weeks smoothed moving average, which indicates the magnetic price for the pair since November 2017 when GBP/NZD entered a consolidative phase. Therefore, GBP/NZD could easily plunge for 260-420 pips more in the upcoming weeks.

Euro charted the lowest weekly close rate versus the U.S. dollar in two and a half years this past week. That bearish performance pushed the EUR/CAD cross rate to the bottom of this year’s descending channel. The upcoming days will be crucial for the further direction of the trend. A bearish breakthrough of the recent low at 1.4435 might lead to an acceleration of the downtrend. On the other hand, the cross-rate could bounce to the middle of the channel at around 1.4680 is the bears failed to proceed with the selling pressure.

Although MACD histogram is increasing the negative sentiment and both lines are below zero, a potential bullish divergence might be a game-changing factor for the bears. At the same time, Average Directional Index points to a weak momentum, which could also lead to a retracement on the back of profit-taking flows.