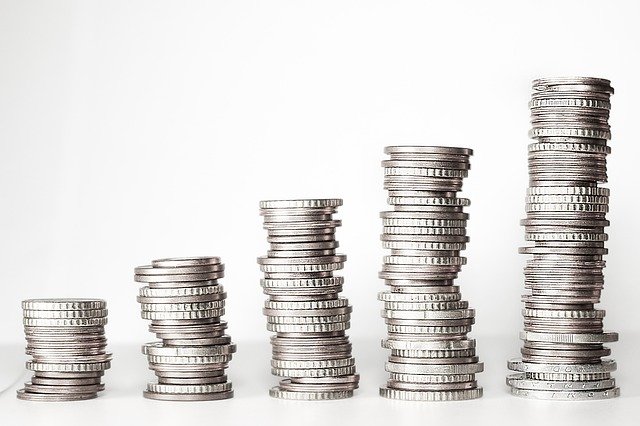 The past trading week was rather nervous for global equity investors as macroeconomic reports and global growth concerns added pessimism on Wall Street. U.S. ISM Manufacturing and Services PMI surprisingly declined in September, causing a sharp-sell-off in major stock indices. Non-Farm Payrolls report failed to meet the market’s expectations, while average hourly earnings dropped. However, the unemployment rate showed the U.S. labour market is in the best shape in 50 years, and equity investors took that as a leading indicator of the economic strength, which might be supported by the Federal Reserve’s interest rate cut as early as October 30.

The greenback bulls had an attempt to continue the recent uptrend on Monday but failed to hold gains amid the disappointment in economic reports mentioned above. As a result, the U.S. dollar declined versus the volume-weighted basket of six major currencies for four straight days starting from Tuesday. DXY softened -0.29% to 98.84 after testing the highest level since May 2017 (99.67).

EUR/USD was the main pair driving the market as the single Europen currency added +0.35% to the exchange rate and closed the first trading week of October at 1.0982 after charting the lowest year-to-date rate at 1.0879. The greenback was also weak versus the Japanese Yen as USD/JPY reflected risk aversion flows noticed across the board, falling -0.94% to 106.92. The British Pound was vulnerable to Brexit headlines as the U.K. government was trying to arrange a divorce deal with the EU, which was rejected. After a volatile action with weekly low at 1.2206 and high at 1.2413, GBP/USD finished the trading week at 1.2333, adding +0.35%. The New Zealand dollar was among gainers as well, while the Australian dollar remained flat (NZD/USD +0.35% to 0.6318, AUD/USD +0.07% to 0.6770).

U.S. 10-year Treasury yields continued falling throughout this past week, reflecting the overall demand for safe-haven assets across the board. US10Y eliminated almost all of the gains charted in early September, plunging -9.18% to 1.530. The price of gold dipped to $1460 per ounce on Wednesday, but buyers stepped in, lifting the yellow metal back above $1500 per ounce (weekly close $1504.65, +0.53%). The price of silver had a similar performance, testing the support level at $16.90 and recovering mid-week losses ($17.55 weekly close price). Platinum did not follow the trend of other precious metals and dropped -5.70% to $877.50/OZ. Even Palladium price, which was appreciated on the back of strong demand across the globe, charted the first weekly candlestick in the red since August 5. WTI Crude and Brent Oil price plunged -5.64% and -5.51%, respectively.

The past trading week was divided as Monday was the last day of September and the third quarter, which signalled the lowest daily close rate in 2.5 years (1.08986). Although EUR/USD was trading with a bullish bias throughout the rest of the week and charted four consecutive days in the green, the upside swing was limited as the bulls failed to lift the exchange rate above the psychological round-figure resistance at 1.1000 after two failed attempts.

The long-term analysis points to a negative technical sentiment as the daily Ichimoku Cloud trend indicator is bearish, the leading span has a negative surplus, both lines are placed in the right order to proceed with the downtrend. What’s more, the recent bullish retracement was limited by Ichimoku Conversion and Base Line resistance curves, which points to the weak momentum. The 13-days Relative Strength Index bounced off the recent lows but stayed below the threshold dividing growth from decline. The only good news for the bulls is that MACD indicator’s histogram turned positive and lines performed the bullish crossover. However, the momentum is so weak that the opposite signal might come even with the lowest decline by EUR/USD in upcoming days.

A bullish whipsaw is possible next week as the greenback’s weakness across the board does not support sellers of EUR/USD. On the other hand, the single European currency struggles to perform any bullish action recently. Thus, the bears might have a wait-and-see position to renew the selling pressure at a more attractive exchange rate than the current price. Such a bullish rally toward 1.1030/40 resistance range could trigger postponed sell-orders thus entering the market with fresh short positions looks attractive there. A conservative trading strategy suggests a more cautious approach to wait for a bounce at least till the last week’s top of the range at 1.1075/1100 before shorting EUR/USD. However, the long-term negative technical bias might not give such a depth of the bullish retracement. Mid-term targets remain the same as before. First, the pair should retest the recent bottom at 1.0884 before approaching long-term support at around 1.0850/64. Second, if the support breached, then the downtrend could accelerate as the defensive barrier would be eliminated, and the road to 1.0600 would be open.

The price of gold was vulnerable to a bearish retracement before the beginning of the week. Monday’s price action was sharp as the yellow metal lost -1.64% of its value, falling to $1464 per ounce. Tuesday started with another bearish swing towards $1460 support, but the bulls noticed the attractiveness of such a low price given the recent long-term uptrend and bought gold massively. The price bounced back above the psychological round-figure mark of $1500 per ounce, but struggle to continue the bullish rally, closing the week at $1504/OZ. Although the weekly candlestick has a long downside shadow and a comparatively small green body (+0.53%), the further trend’s direction is uncertain and here is why.

A deeper retracement could be predicted quite accurately after the daily close rate dropped below the Ichimoku’s Base Line support on September 27. Prices entered the Ichimoku cloud, signalling an uncertain territory last week. Even though the leading span kept the bullish surplus, the upside action might be limited as the close rate failed to breach the resistance last Friday. Therefore, another bearish slide is possible with one more test of the bottom band of the cloud, which is shifted toward $1470 for the week ahead. Commodity Channel Index went off the oversold territory but failed to reach the bullish level yet. The 21-days Average Directional Index points to a weak momentum with the bullish sentiment, reflecting the recent bounce from the support level.

Therefore, the buy-lows trading strategy is more attractive as it comes in line with the general uptrend. However, the selling-highs approach might also be lucrative as the bullish momentum is quite a week so far. The support range is placed at $1450/73, while the resistance range is coming at $1519/35.