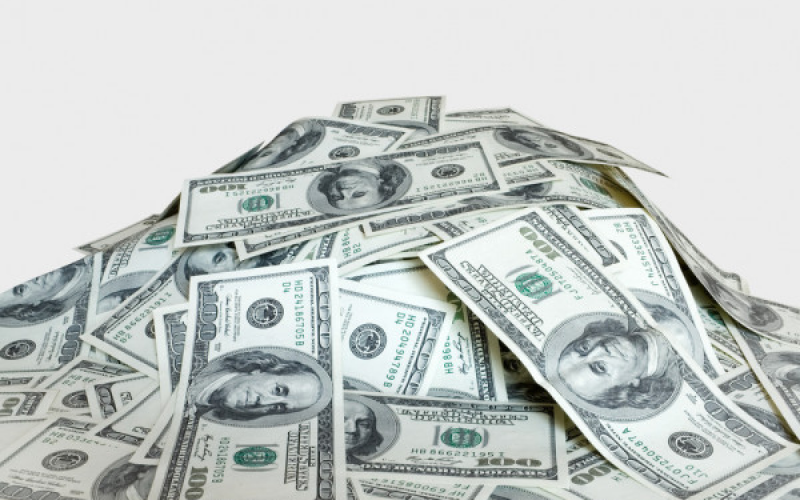 Within the framework of the last week, the euro fell very much against the US dollar. The downward movement turned out to be very impulsive, as a result of which the price dropped to the area of the important level of 1,900. As for the indicators, they also made a strong downward movement, as a result of which they were at their minimum values for more than a few months. The oscillator continues to remain in the oversold area for a long time. Taking into account the very strong fall and the position of the indicators, we can expect that the market will need an upward correction.

The British pound against the US dollar has completed the processing of the side channel, which we talked about in the previous weekly reviews. The corridor was worked out in the direction of the fall, after which a rather strong downward movement followed. Indicators confirm this move as all are in negative territory and continue to update their lows. The market has potential for a downward movement, so we expect that the movement will continue to the level of 1.3850, after which an upward correction will take place.

The dollar continues to try to form an uptrend against the Japanese yen. First of all, it is clearly seen on the price chart, which is growing in the positive area and above the moving averages. Moreover, for the first time in a long time, the market managed to gain a foothold above the important level of 110,200. Indicators do not give specific signals for trading, as they develop mainly in neutral positions. Therefore, we can expect that the upward movement will continue to develop, which means we open an upward contract.

The Australian dollar against the US dollar last week consolidated below the level of 0.7692 and made a very strong downward movement. As a result of this movement, the market turned out to be at its minimum values for more than 3 months. The same can be said about indicators. As a result, the most important characteristic of this currency pair is that the downward movement is very strong, and also that we are at the lowest point of the market. At this stage, it is too late to open a downward contract, because we are late. It is possible to consider only options for trading upwards as a corrective movement, but this is very risky.

The US dollar against the Canadian dollar last week completed the development of the sideways corridor, the significance of which we spoke about several previous weeks. As a result, the price turned out to be above the level of 1.2140, consolidated above this level and continued to move upward. The same upward movement is clearly traced by the indicators, which continue to grow and update their maximum values. Please note that as a result, the market has moved far away from the moving averages. Therefore, the only assumption for trading is that the situation should normalize, which means we are waiting for a downward correction.

This currency pair is the next one within the framework of the weekly review, according to which we state the fact of a strong growth of the US dollar. The movement turned out to be so strong that literally in one candle the market broke through the moving averages and 2 strong levels. After that, the upward movement continued. This movement is also confirmed by indicators that are growing and renewing maximum indicators. The oscillator is in the overbought area, and it has been there for a long time. We are at the top of the market, albeit a local one, so it is dangerous to trade now. The only thing we can expect is a slight downward correction.

The US dollar continues to trade with elements of low volatility against the Russian ruble, although within the last week the volatility increased significantly in comparison with the trading session of the previous month. Now it is important to pay attention to the fact that the market begins to change the slope to an upward one, and this can be clearly seen both on the price chart and on the indicators. Therefore, we can expect that the upward movement will continue at least to the trend line of the moving averages. If the trend line is broken down, then it will be possible to open a contract for a fall.

Last week, the price of gold dropped dramatically. As a result of the downward movement, the price turned out to be below the moving averages and broke down three important levels for itself at once. The downward movement is also confirmed by indicators that have been built for a long time in the negative area and update their minimum values. Moreover, the minimum values are those for more than a period of 3 months. As for the price, it has moved very far from the moving averages. We are at the bottom of the market, so it is dangerous to trade here and now. As a result, we can expect a corrective upward movement, but this is a very risky trade.