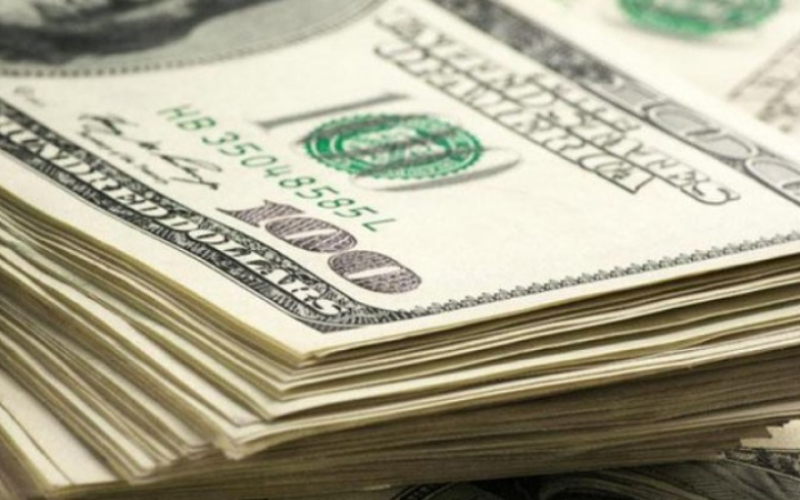 Euro continues its downward movement against the US dollar. If you look at the price chart, then the movement is confirmed by the update of the minimum price values, and also confirmed by the position of the oscillator, which is mainly built in the negative area. It's typical that the histogram speaks of uncertainty, since the indicator is plotted with minimum columns in different directions. Thus, we can proceed only from the fact that the dominant trend for a given currency pair remains downward. Therefore, we can consider trading options for a fall, especially considering that the price recently tested the important level of 1.1863 and could not break it. If the market moves up and manages to gain a foothold above the designated level, then it will be possible to open an up contract.

For this currency pair, the side range with the boundaries of 1.3850 from and 1.3750 is the key in the current market area. This range has been tested at least 4 times over the last week, and each time the price returned within the boundaries of this range. The current uncertainty is confirmed, among other things, by the histogram, which does not form a trend plot, and all the columns are weak and often change color. Thus, we can talk about uncertainty and while the price is within the sideways range, it is better not to trade. We are waiting in which direction the range will be broken and open a contract in the direction of the breakdown.

The past week has led to a fairly strong downward movement for the US dollar against the Japanese yen. As a result of this movement, the price was below the level of the moving averages and reached the important level of 109.630. At the same time, the histogram dropped to its minimum values for more than 3 months, and the oscillator tested the oversold area for the first time in a very long time. Taking into account the current position of the price, a side range of 110,200 e109,630 can be distinguished. While the price is within the range, do not trade and wait in which direction it will be broken. Open a contract in the direction of the breakout.

The Australian dollar continues to develop an active downtrend against the US dollar. Nevertheless, for the coming week, we can consider options for trading upward, however, given that this is a corrective movement, which is always dangerous. For the current situation, the price level of 0.7498 is very important. The presented chart shows how the market tested the indicated level 5 times and each time this led to an obvious reaction. Typically, the price diverges from the oscillator. Taking into account the fact that the market is at its minimum values for more than a few months, we can consider options for trading upward to the area of the indicated level.

The US dollar is forming an uptrend against the Canadian dollar, as we have been talking about for several weeks. The level 1.2540 is very important for the current upward movement. The upward movement is confirmed by all indicators, since they are mostly built in the positive area and very often update their maximum values. Nevertheless, now we are talking about the fact that the designated level together with the trend line form a kind of triangle graphical figure and the market is very close to the top of this figure. Therefore, we can only wait in which direction this triangle will be broken and open a contract in the direction of the breakdown. It is most likely that the triangle will be broken upwards and then an up contract can be opened.

The past week led to a rather strong drop in the US dollar against the Swiss franc. This fall coincides with the downward movement of all indicators, and, very importantly, it stopped at the level of the moving averages. Having reached the average values, the price left the candles with long shadows down and bounced up. Thus, this is one of the harbingers that the fall of its strength has exhausted it, it will need a correction. Taking into account the fact that the general local trend is upward, one can consider options for trading up.

For this currency pair, a breakdown of the price range occurred, the significance of which we spoke about in the previous weekly review. After that, the market made a fairly strong upward movement, along the way, finding itself even above the level of 74.80. The indicators continue to look up and in general the market has already changed its global trend from downward to upward. In the current situation, we can first consider the possibility of a corrective downward movement in the area of the trend line, after which the market may return to growth.

The past week has led to a slight, but still growth, in the value of gold. The upward movement was stopped in the area of moving averages. At the same time, all indicators that were also built in the positive area and were growing, changed their slope and also bounced down slightly. Taking into account that the general dynamics is downward, and the market has already reacted to the moving averages, we can consider options for trading up. However, the contract can only be opened if the price falls below the level of 1790.834.