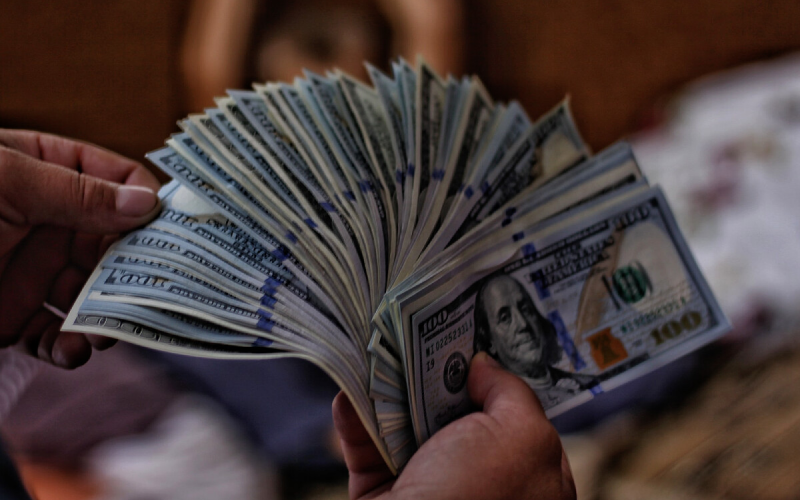 Euro continues to rise against the US dollar. During the past week, the single European currency has significantly strengthened its positions, rising to the level of 1.2250. At the same time, it is very important to note that the upward movement is in contrast to the indicators. Thus, there is a divergence, which, by the way, has already been worked out by the market, since there was a downward movement to the area of the strong level of 1.2165. Thus, taking into account the approach of the price to a strong level, as well as taking into account the general dominance of the uptrend, we can expect that the upward movement will continue. Therefore, we open an upward contract.

The British pound against the US dollar continues to develop the market situation of working out the triangle chart pattern, which we talked about in one of the previous interesting reviews. The current situation has somewhat slowed down the upward movement, forming a sideways corridor with the boundaries of 1.4214 and 1.4106. Signals for trading are provided exclusively by the price chart, since the indicators simply make an oscillatory movement, but there is no single trend in this. Therefore, we say that while the price is within the indicated range, we trade within the rebound from the line. For the current market situation, this means a bearish trade. Globally, we are considering options for trading up, but for this the price must be above the designated range.

The dollar against the Japanese yen is showing attempts to form an uptrend. This can be clearly seen both in the chart and in the indicators. If we consider the indicators, then all of them have passed from neutral values to the growth stage. The oscillator turned out to be in the overbought area at all. As for the histogram, it is in the positive area and continues to grow, updating its local maximum values for more than a few weeks. As for the price chart, it is important to note that the market turned out to be above the level of 109.630 and consolidated there. Therefore, we can consider options for trading up, at the optimal entry point will be close to the designated level.

For this currency pair, the sideways corridor with the borders of 0.7810 and 0.7670 continues to be relevant. At the same time, one should pay attention to the positions of the indicators. If the oscillator is in neutral positions and does not say anything, then the histogram has been developing in the area below zero for a long time. At the same time, there is no downward movement in the price chart. Consequently, the significance of the sideways range is strengthening, which means that taking into account the approach of the price to the lower border of this range, we can consider options for trading up.

The US dollar against the Canadian dollar continues to fall and form a fairly strong downtrend. With this downward movement, it slows down gradually, bringing the price closer to the level of the moving averages. Thus, we can talk about a partial normalization of the situation, and based on this, consider trading options for the coming week. Taking into account that all indicators are now in the positive area, and the price approached the moving averages, two scenarios can be considered. The most likely scenario is the continuation of the downtrend, and the contract can only be spoken if the price falls below the level of 1.2032. If an upward movement occurs and the market manages to gain a foothold above the moving average, then it will be possible to open an upward contract.

The dollar against the Swiss franc continues to be characterized by a downtrend phase with extremely low volatility. Low volatility is very clearly visible not even on the price chart, but on the histogram, which literally sticks to zero values and does not move away from them much. If we consider the oscillator, then there is a movement there, and it is downward, although within the last weeks we can see a movement from the oversold area to neutral values. Taking this into account, we can only say that the current trend is still relevant, which means that we are considering options for trading down.

The dollar against the Russian ruble has been developing in a downward direction for several weeks, but with virtually no volatility. Once again, we can say that the indicators literally stuck to neutral values and do not move away from them. As for the price, the spread of its movement is minimal and the market itself literally stuck to the important level of 73.32. It is most likely that an upward movement will take place from this level, which means that options for trading upward can be considered. If the market turns out to be below the designated level, then it will be possible to open an insignificant contract in the direction of the fall.

The price of gold continues to rise despite the constantly emerging signals of the possibility of a market reversal. For the coming week, we will be considering options for trading a fall, since there are several signals at once that indicate this. First, we note the fact that the price reached the level of 1909.400 and failed to overcome it. This level is psychological and very important for gold. Secondly, we state the fact that there is a divergence between the price and all indicators, since the price is growing, while the indicators are looking down. Thus, we have every reason to open a short trade.