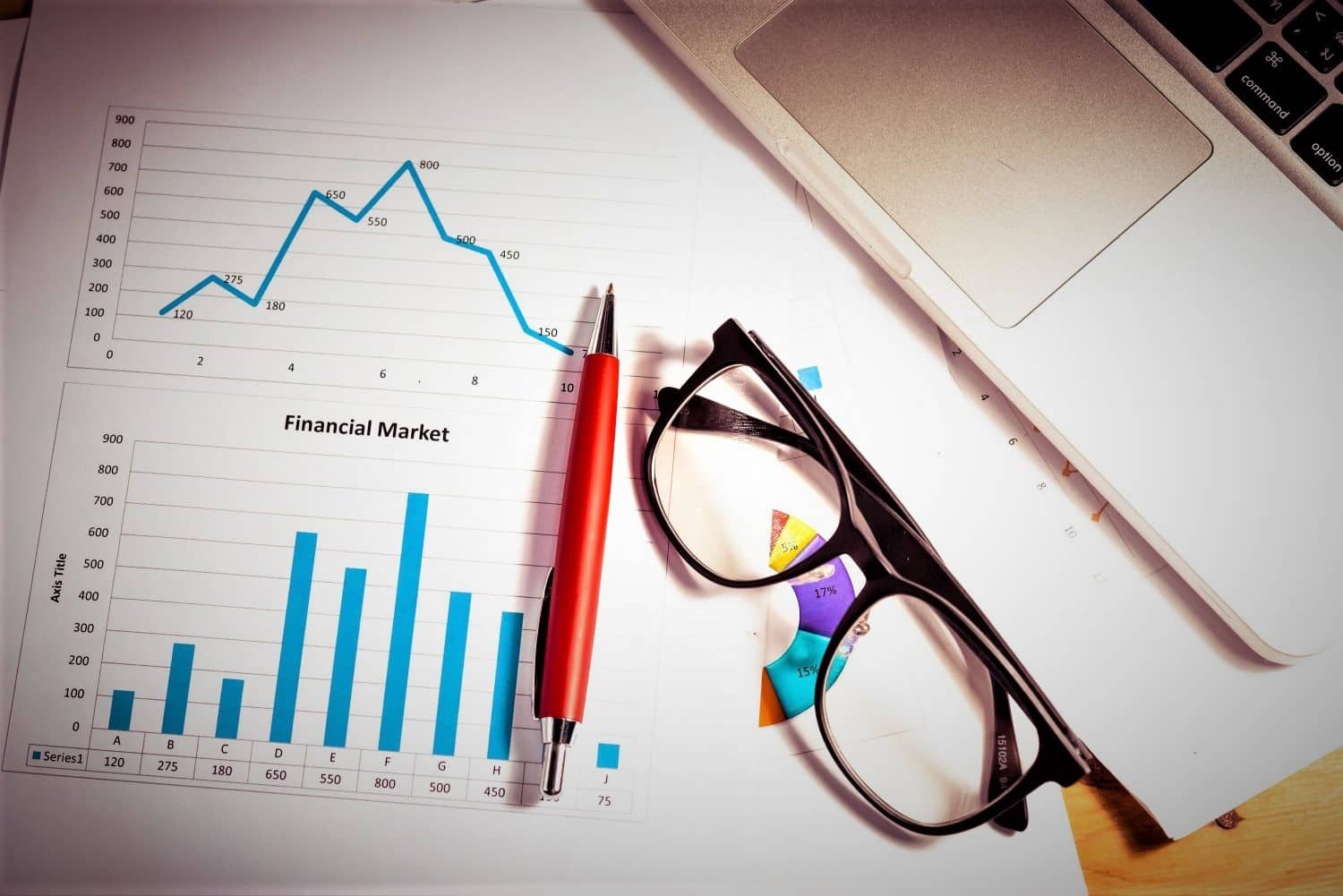 The S&P 500 benchmark had an impressive bullish rally, adding almost 12% to its value this past week. That was the second-highest weekly gain in the recent turmoil and in many decades as the average yearly gain was in the range of 10-15% after the crisis in 2008. On the other hand, the brutal sell-off was much deeper, taking into account the peak value charted in February. Several technical signs show that the bearish action is far from the end and the bullish reversal is not complete yet. Here are several observations that concern technical analysts. First of all, we should have a look at the long-term chart and weekly timeframe in order to make sure where the current trend is heading. The chart setup below shows that things are not so optimistic as some of the traders might consider. The index has entered into the Ichimoku Cloud, which is an uncertainty zone. However, the leading span lowered its spread to zero, which means that future resistance and support levels come at the same level - 2790.9 points, while the weekly close rate did not breach it from below, printing the value of 2789.3 points. On top of that, the Ichimoku Baseline acts as the resistance curve and it has the same value inside the cloud. Technically speaking, that’s a bearish sign, wand traders should expect a deep bounce off the resistance. The Average Directional Index with a period of 14 weeks maintained the negative surplus between -DI and +DI lines, underlining the bearish sentiment. Of course, it reflects the recent price action as the index plunged more than -30% after peaking in February. On the other hand, despite the past week’s bullish rally, the ADX mainline kept rising, showing that the bearish momentum is not exhausted yet. Finally, the 14-weeks Relative Strength Index did not even reach the middle level of 50%, although it bounced off the oversold territory. That is also confusing as the growth of +12% was not reflected on short-term indicators. Given all that, we suggest two key factors for the upcoming week. The volatility could have another spike and the weekly and daily candlesticks could have long shadows and whipsaws in both directions. On top of that, the bears should have an attempt to push the index back to the previous resistance now support level at the bottom of the Ichimoku Cloud at 2671.7 points. Further action will depend on a potential breakout of the curve. If the bears were able to breach it, then the downtrend would resume. Otherwise, another bullish reversal is possible with a short-term target of 2790.9 and 2900.0 points in extension.

The most popular currency pair in the foreign exchange market charted four daily candlesticks in the green, reflecting the decline in demand for the US dollar last week. The weekly gain was +1.20% or 130 pips, which confirms that the volatility eased compared to previous weeks. The long-term curve is flattening, underlining the market’s attempt to find the average value of the exchange rate. The technical analysis shows that the weighted average rate is above the current quotes and here is why. Although the recent price action looked like a roller coaster, the 89-days simple moving average did not have sharp swings, remaining at almost the same level as before the turmoil started. Currently, the curve is coming at 1.1030, according to the chart below, and we believe that this mark will be important for the technical analysis and further trend direction in the week ahead. The MACD trend indicator turned slightly bullish as the histogram went back into the positive territory and both lines performed the bullish crossover below the zero levels. Such a pattern already happened during the upswing two weeks ago, so the bulls must lift the rate above the resistance in order to chart higher highs and continue the uptrend. Another resistance line can be drawn at the peak level of the Relative Strength Index. The bulls have a positive sign that the RSI line has breached the 50% level from below and headed north, which could point to another test of the 89-days SMA. Further action will depend on how successful the test would be, so traders should keep their stop-loss and take-profit orders tight and keep an eye on intraday momentum.

The British pound strengthened versus the US dollar this past week, but the pace of the recovery left many questions for the technical outlook. GBP/USD was testing the upper line (resistance) of the Bollinger Bands indicator with a modified deviation multiplier (1 instead of 2) but failed to chart a breakthrough. The Monday open was positive for the pair and the uptrend might continue with the only condition to close the day above 1.2490. The weekly target for the bulls comes at around 1.2800-27-90 as the upper band of the BB indicator is ascending. However, fast and sensitive Stochastic RSI is extremely overbought despite the lack of significant growth of the exchange rate. Both lines of the oscillator are about to cross each other. If one of the lines crossed the overbought threshold from above, then a deep bearish retracement will be on the table, and GBP/USD could bounce toward the middle BB line. Another concern for the bulls is that the pair is stuck below important weekly resistance at around 1.2500 dollars per pound. Therefore, a convincing breakout is needed to proceed with the uptrend. We’d stay squared for GBP/USD until a clear breakout signal was delivered on either side.

The Aussie has shifted the technical sentiment versus the greenback as AUD/USD overperformed the rest of major currency pairs this past week (+5.83%). Several technical achievements, as well as signals from indicators, point to a possible bullish continuation and a deeper recovery of the exchange rate and here is why. First of all, the rate crossed all of the lines of the Williams Alligator from below. Second, the indicator entered into the bullish eating mode as its lines are placed in the correct order to proceed with the uptrend. The buying pressure is also confirmed by the Parabolic SAR as its dots are well below the current price. Chande Momentum Oscillator is in the positive zone, and the line did not even test the threshold after bouncing off the peak, so that is also a continuation sign. Besides the round-figure psychological targets of 64 and 65 cents, AUD/USD might have a long-term technical target of 0.6642. That was the highest daily close rate during the bullish retracement on March 6-7. Besides, that daily candlestick had a long downside shadow, underlining the tough fight between the bulls and the bears. We’d consider taking profits from long positions before that crucial resistance to avoid a too high volatility period.

The Canadian dollar is on the recovery path as well. The fundamental background was in favour of the Loonie despite the plunge of -30% of the price of WTI Crude Oil. That unusual correlation shows that USD/CAD was extremely overbought recently, and the pair should get back to the long-term average rate. Another important achievement for the bears was that USD/CAD closed the week below 1.4000, which is a strong psychological support level. The daily chart below shows two support levels for the week ahead. First of all, the rate breached both support curves, promising a deeper bearish correction. The leading span remained bullish but there is crucial support at 1.3851, which is the base of the cloud. The second target is the close rate of the red daily candle on March 13, which highlighted the renewed demand for the pair after the short-term bearish retracement. Therefore, if the bears were able to maintain the momentum, USD/CAD would drop to 1.3805 in the upcoming week. The Chaikin oscillator based on volume-weighted measurements is far in the distribution zone and keeps sharting lower lows. In simple words, that means that sellers dominate currently and the downtrend is likely to continue. The only condition is that the indicator should also maintain the sequence of lower highs, so the recent bottom of -38.472K is important for the oscillator. Short positions are preferable, while upside whipsaws might be considered to increase the trading volume, using the sell-highs trading strategy. The resistance of 1.4000 looks solid so far.